The build is under way 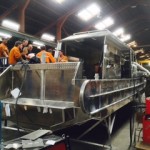 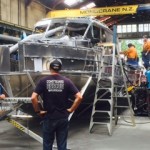 An article by Tania Butterfield, published in the Marlborough Express on 11/03/11

New Zealand’s first marine ambu­lance boat is heading for retirement as work begins on designing a new custom-made marine ambulance.
Marlborough Coastguard boat sub­committee chairman Gary Askew said Picton boat designer Naiad had started to design a new rescue-marine ambulance with features like an onshore ambulance, including an ambulance bay on the back to store equipment and treat patients. 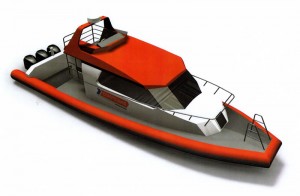 The boat will look the same as the current Coastguard rescue-marine ambulance, but be bigger, he said.
The ambulance bay part of the boat will be the same size as a con­ventional ambulance.